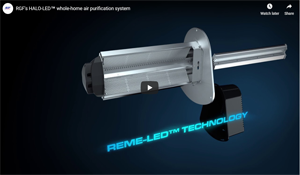 Call it caution, concern or sensationalism but you know it’s a hot issue when something can make politics the “also ran” story in this country.

Viruses are a constant that we live with. Some type of flu circulates annually and unfortunately takes tens of thousands of lives. When they identify it by name it, it’s really bad. Over the past 20 years here’s a few of them:

The truth is, our body comes into contact with
airborne microorganisms on a daily basis!

Of course, some airborne microorganisms are more dangerous than others. The list above is simply a reminder that we've been exposed to some potentially deadly pathogens in recent years.

Get To Know Your Options As We Say Farewell to R22! 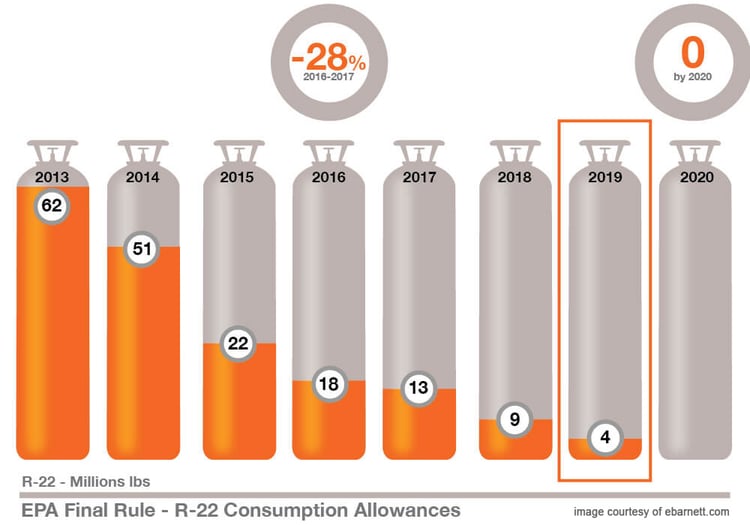 Hey South Jersey Shore Homeowners, was your air conditioning system installed earlier than 2010? If so, it's likely to have the refrigerant commonly referred to as R22 helping keep your home cool and comfy...but that may become an issue during your next repair visit! Let me explain...

In recent years, the U.S. Environmental Protection Agency (EPA) began phasing out all hydrochlorofluorocarbons (HCFCs) because they were determined to be compounding the depletion of the Earth’s ozone layer. R22 refrigerant is the most common HCFC is use today. The process of phasing out these substances began to raise the price of R22 refrigerant as it became more and more difficult to acquire.

As of January 1st of this year, R22 refrigerant can no longer be produced or imported. Although the phasing out of R22 will eventually be a good thing for our planet, if your air conditioner is older than 2010, your next repair bill may surprise you! But as your go-to resource for HVAC related solutions, we have a few options for you to consider...

5 Reasons to Upgrade Your Air Conditioner in January 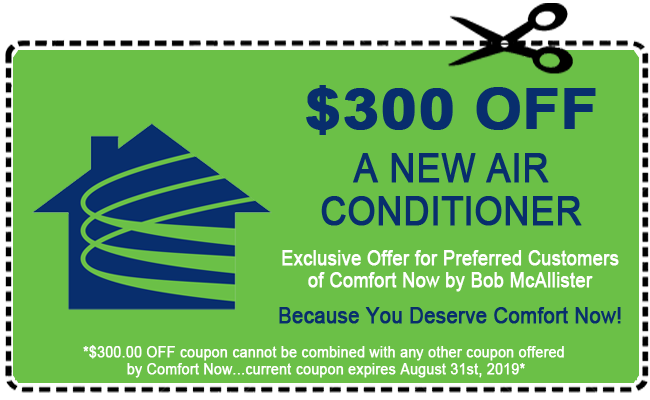 Let's face it, a temperature of 60 degrees on January 11th is kinda nice! Ah heck, it may even get up to 70 degrees tomorrow...but is that a good thing?

But this is January in Southern New Jersey, isn't the temperature supposed to be somewhere between 29 degrees and 42 degrees? Well, there may be many reasons why the temperatures are so warm today (which we could debate for hours), but ask yourself this...

If it's this warm in January, how hot is it going to be in July? 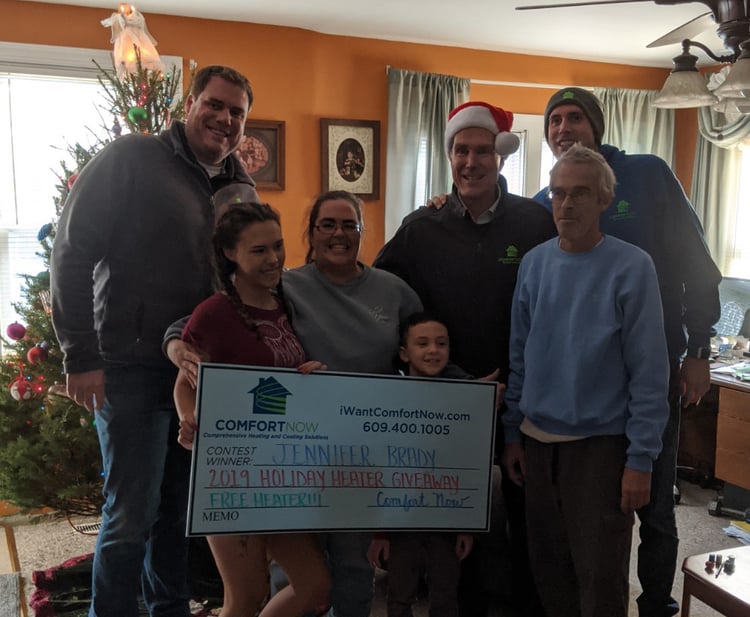 As you know, the Comfort Now Team has been giving away a FREE heater to a person or family with the greatest need and most compelling story in the Atlantic County or Cape May County area for a few years now, but this year's giveaway was a very difficult one...let me explain!

When the nominees started rolling in, there were some truly heartbreaking stories being told! As we had in years past, we starting contacting these deserving families to try and determine which people were most in need of our services. Well, it wasn't long before we had more than one deserving family to choose from. So we narrowed the field of nominees down to a very deserving 5 finalists to receive the FREE heater.

Just getting the list down to 5 finalists was a very difficult task for our team. So we put our heads together and thought the best approach would be to ask the public to help us decide...WHEW, as it turns out, passing the buck was a great idea...or was it?

It's Another FREE Heater Giveaway for the Holidays 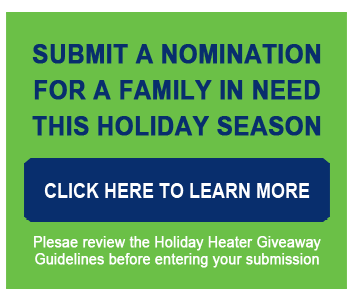 When I look back at a little gesture we decided to begin in 2014, I'm reminded of some of the great people we were able to help get heat for the holidays! This year is no different. We are looking to give away another FREE heater this holiday season.

Do you know someone who has fallen on hard times and may be in desperate need of a NEW Heater in the Atlantic County or Cape May County area?

A couple of years ago, it brought our team to tears when we presented 82 year old Joe Gallagher of Rio Grande, New Jersey a new heater. Joe and his son were selected as the winners of our 2017 Holiday Heater Giveaway. Joe, a Korean War Navy Veteran, was overjoyed to learn he and his 58 year old handicapped son would be the 2017 recipient of Comfort Now’s Holiday Heater Giveaway. Watch this short video to see Joe's reaction when we told him about getting his FREE heater...

It's Back...a FREE Service Call for Vets and Their Families 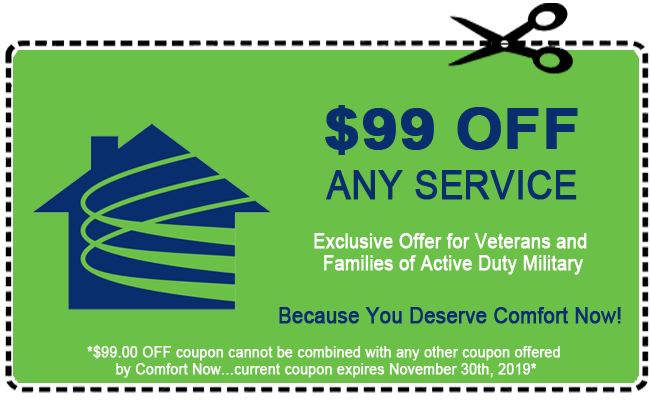 Each November, we set aside a day to honor those who have bravely served our country as a member of our United States Military...this day is Veterans Day! And last year, we gave away a FREE service call for veterans and their families which went so well, we're doing it again this year! But first, a little history lesson...

Veterans Day began as “Armistice Day” in November of 1919 which was the first anniversary of the end of World War I. In 1926, Congress passed a resolution outlining an annual observance to honor our military. Nearly 12 years later (in 1938), November 11th was chosen to become a national holiday - now called Veterans Day.

How do we honor our veterans?

Well at Comfort Now, we are offering ALL veterans and the families of active duty military service personnel in the Atlantic County or Cape May County area a coupon for a FREE service call. That's right...I said FREE!

We Have a WINNER in Our Ugliest Heater Contest for 2019 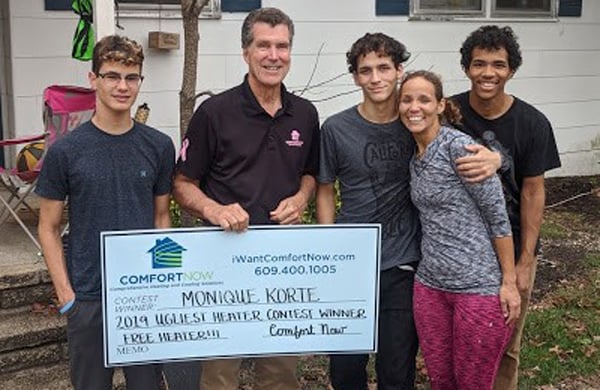 After receiving just under 400 total votes in our Ugliest Heater Contest, it’s time to announce our 2019 WINNER! Our contest began back in late September and during the submission process, we had over 20 Atlantic County and/or Cape May County residents submit quite a few interesting pictures of some of the ugliest heaters we have ever seen for our 2019 contest!

Although this year's submissions were fantastic, our team had the difficult task of narrowing down the list to select 5 residents of Atlantic County and/or Cape May County as finalists to win a NEW Heater. The finalists were selected from the numerous submissions and then voted on by the public. After a week long voting process where 461 folks from all across the area entered a vote for their favorite finalist, a clear winner was determined... 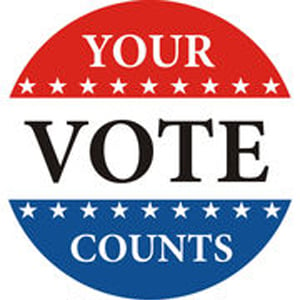 Our Ugliest Heater Contest is back for the 3rd year and we have selected our five finalists…it’s now time for you to vote for a 2019 WINNER! And if you do vote, you can earn $50.00 towards any service offered by Comfort Now...here’s what you need to know!

After careful consideration, our team has selected 5 residents of Atlantic County and/or Cape May County as finalists to win a NEW Heater. The 5 finalists were selected from numerous submissions and now it's time for you, the public, to cast your vote for the person or family with the ugliest heater from the submissions below. Each submission was asked to tell us why they feel they should win, here’s what they said in their own words... 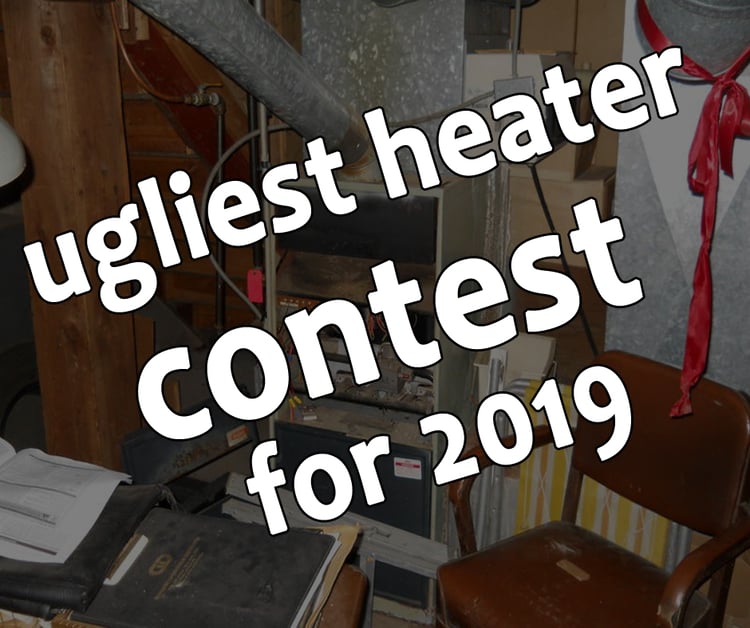 Where did the past year go? Just about a year ago we awarded Eileen Cubberley of Somers Point a NEW Heater for having the oldest and ugliest heater submitted to our team and voted on by our loyal friends and followers! And we are ready to do it again...

Eileen and her family enjoyed the winter of 2018-2019 in complete comfort with a new heating system awarded to her after submitting an entry in our 2018 Ugliest Heater Contest. Once she submitted her entry, she was selected as one of our five finalists; which then went on to the public voting round of the competition. Although it was close, Eileen edged out her competition with over 200 votes to become the public’s choice for a new heating system.

Eileen and her family will enjoy their new heating system for many years to come. And we were so happy to provide this awesome family a new heater just before the cold winter months of 2018 that we can't wait to do it again!

Are you ready to win a new heater before the winter of 2019? 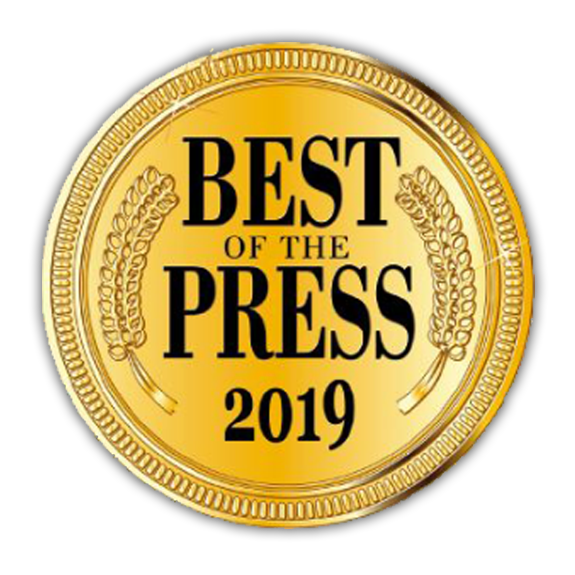 Yes, you saw it correctly...#1 HVAC Contractor in Atlantic County is the newest title given to us by the readers of The Press of Atlantic City when they voted us the top spot for the Best of the Press GOLD Award for 2019!

We are incredibly humbled by this award and will continue to make you proud by providing outstanding customer service while offering superior products and equipment designed specifically for the Jersey Shore environment; as well as continuing to provide you reliable, educational content here on our blog! But enough about us...let's talk humidity!

Today doesn't feel too bad with a relative humidity around 79 percent...but this summer was brutal! So we thought we'd share some information about how the humidity levels this summer may have impacted your home and how you may not be aware of the damage these dangerous levels may have caused your investment!

At Comfort Now, our customers are our #1 priority! You can always count on the Comfort Now Team to get to you fast and get the job done right the first time. We use state-of-the-art diagnostic equipment to find the source of your heating and air conditioning problems and fix them fast. Give us a call or send us an email today because you deserve comfort now!

Call Us by Phone

Send Us an Email